“You cannot stay on the summit forever; you have to come down again. So why bother in the first place? Just this: what is above knows what is below, but what is below does not know what is above. One climbs, one sees. One descends, one sees no longer, but one has seen. There is an art of conducting oneself in the lower regions by the memory of what one saw higher up. When one can no longer see, one can at least still know.”
– René Daumal

Climbing, in essence, is the act of surmounting a steep object, generally using ones hands and feet. Those objects can be anything from a small boulder or an artificial wall, to steep rock faces, mountains, waterfalls.

Climbing comes in a variety of styles, and each has their own benefits, requirements, lessons, and indeed risks. Some styes of climbing are described bellow.

Bouldering is the act of climbing short routes, usually close to the ground. Being close to the ground there is no need for ropes and harnesses, making it a pure form of climbing, nothing to worry about, except the climber, and the rock. Soft crash mats are usually the only protection, and a few friends for spotting! These shorter routes are referred to in the bouldering world as ‘problems’ and can become very difficult! 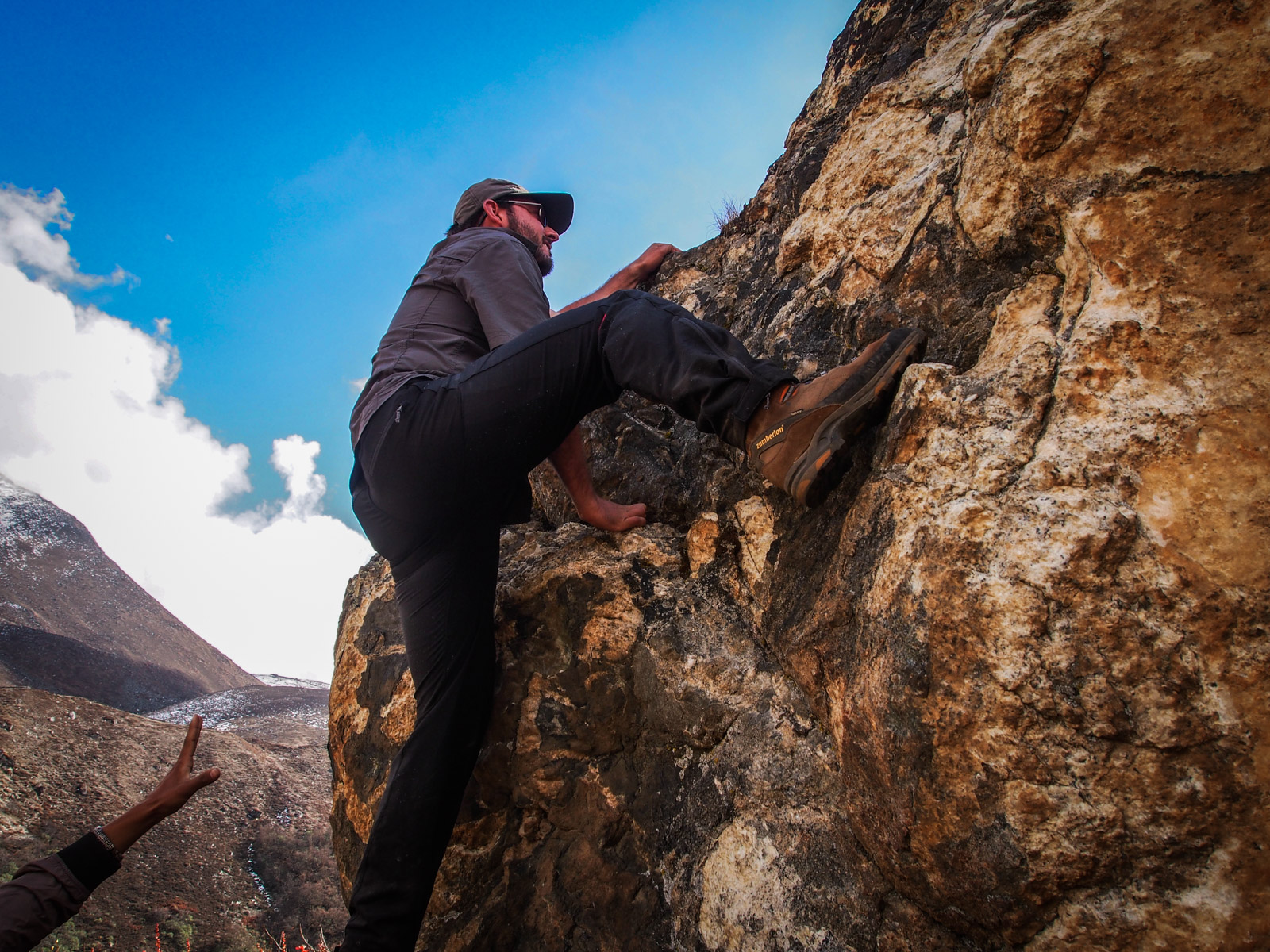 Rock climbing is similar to bouldering, but on a larger scale. Instead of rocks, cliff faces are involved. As hight comes into play, ropes, harnesses and other equipment are used for safety. Within rock climbing there are a growing number of disciplines and styles, traditional climbing requires a lot of equipment and creating anchors using rock features during your ascent, sport climbing uses pre placed bolts for protection, while free soloing doesnt use any ropes are all! In the free solo world, mistakes can be fatal. 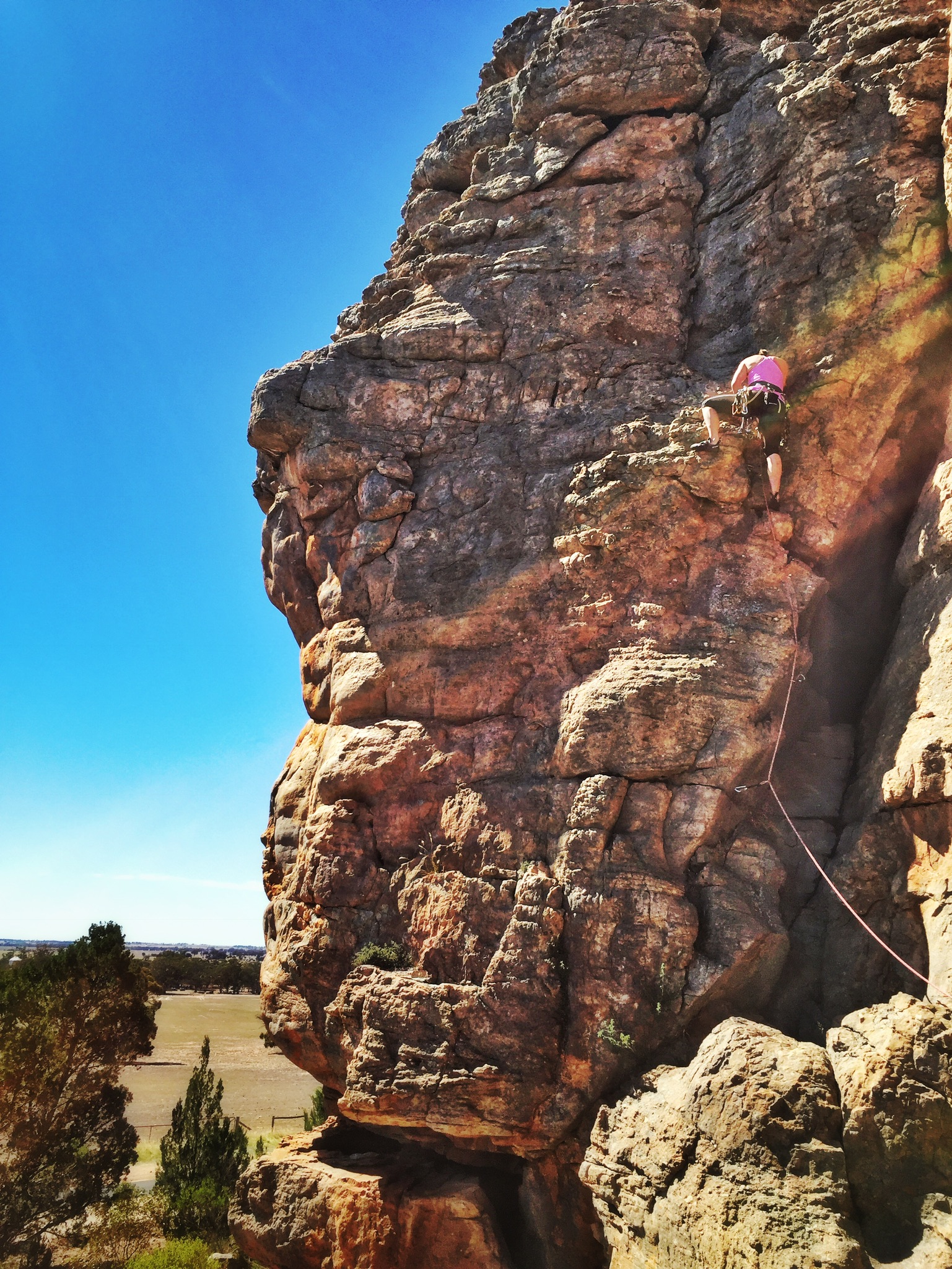 Alpine refers to the environment. Generally speaking, an alpine environment is what you find at an altitude above the tree line. In the climbing world, alpine climbing refers to climbing in these regions on any combination of rock, ice, or snow. Challenges stem not only from technical skill, but the environment as well, exteme temperatures and weather systems often cause problems. Here though some say is the pinnacle of climbing, large, often taxing objectives, maximising the benefits of reaching the summit. In saying that, not all alpine climbing is on such a large scale, places like Nepal have many ‘trekking peaks’ where no skill or previous experience is required, they are a great introduction to the world of alpine climbing, and a great challenge! 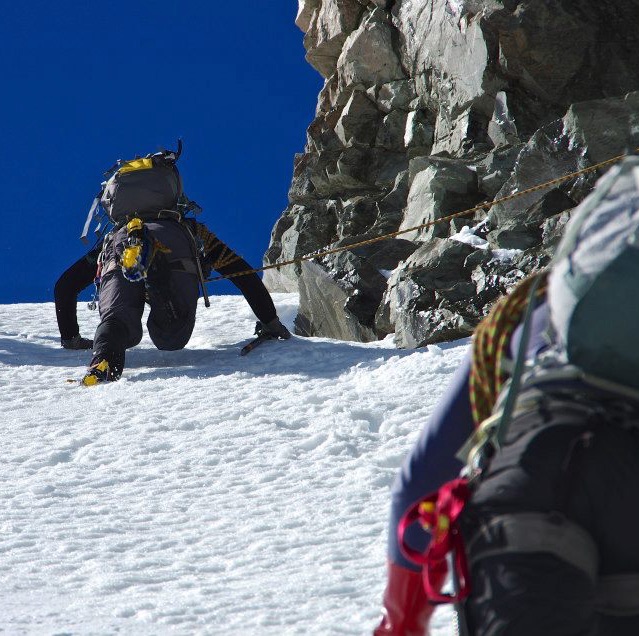 So why do people do it? Every climber has their own reasons why they climb. Physical challenge, mental challenge, goal orientation, desire for adventure, some people just like to push their own boundaries to see what they’re capable of. Whether its to have fun, adventure, test ones skill or nerve, or push to the extreme limits, there is a reason everyone should climb!

Talk to us about where to start!